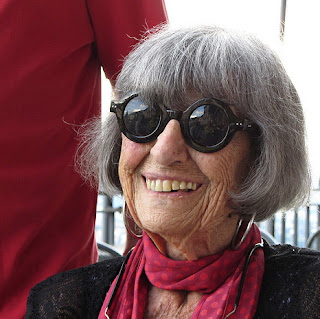 Last Saturday afternoon several hundred people of all ages gathered in the gallery of the West Beth Artists Community to see an exhibit of Bea Kreloff’s work and to celebrate her life. She was nearly ninety-one when she died last fall. Who gets to that age and still has so many friends?

I met Bea in 2007 the day I arrived at Art Workshop International in Assisi. I’d never painted before and, as far as I could tell, had zero natural ability for it. But I like to write about painting and painters, and wanted to know where ideas for paintings came from, how they evolved, and how they were the same as and different from ideas for stories. I wanted to know what painting felt like. I’ve got to say, though, watching the taxi that had deposited me at the Hotel Giotto make its way back down the hill, I had a moment of sheer terror. I couldn’t draw, I couldn’t paint, and here I was among all these…artists. I was about to make a total fool of myself.

But there was Bea in the lobby—dressed in a voluminous black dress, her hair in a Louise Brooks bob. “You must be Barbara Shoup!” she said, and engulfed me. I felt, in that instant, part of the family of art. It was not a problem at all to Bea that I had no experience as artist. “Art is all around you,” she said. “Look. You’ll find it.”

I had expected, maybe, lessons. But she set me loose to discover my work with absolute confidence that I would find it. That day, wandering Assisi, anxiously wondering how in the world I was going to come with an idea, I came upon St. Francis’s cloak in a glass case in the Basilica museum. I looked at it for a long time—it’s simple design, its worn geometry of black and gray and white patches—marveling at the fact that he wore this, he walked the streets I’d walked to this place where I was standing. I bought a postcard, left. But I couldn’t stop thinking about it.

So I went back to the studio, enlarged the postcard, traced the pattern of patches on to a piece of drawing paper, opened my brand new tubes of acrylic paints, mixed up some colors, delighting in the feel of paint beneath my brush and—painted. I was happy. Lost, the way I’m lost, writing. 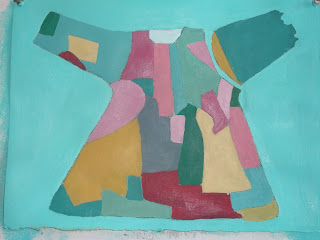 I loved what I’d made: my own vision of St. Francis’s cloak. But—like so many of my writing students—I felt I should apologize for being, well, a student. And wasn’t what I’d done sort of cheating?

I felt as if I’d just painted a masterpiece.

Bea always said, “Yes!” That’s what kind of teacher she was. Not that she wouldn’t also tell you what you needed to do to make your work better.

But here’s the story I really want to tell about Bea on this morning of Donald Trump’s inauguration, when I am feeling heartbroken about what our country is becoming.


It was told at Bea’s memorial by her long-time friend, Maria Louisa, a gorgeous Italian woman who owned a women’s bookstore in Rome that Bea discovered on her first trip to Italy in the 1970’s. A young Italian woman, an art history student, came into the store one day while Bea was there and asked about women artists during the time of Caravaggio. Were there even any, she wondered?

“Yes!” Bea said. “And one was better than Caravaggio.”

She got up, went to the art section and brought back books about Artemesia Gentilschi. Then she sat the young woman down and told her Artemesia’s story, enraged by how the world had treated this woman nearly four hundred years ago.

Her father, and artist and a friend and follower of Caravaggio, encouraged Artemesia to paint. At seventeen, she shocked the art world with “Susanna and the Elders,” breaking taboos in a time when women artists were only painting still life and portraits. She was raped when she was nineteen—and endured torture during the trial to avenge her family’s honor. Metal rings were tightened around her fingers, yet she told the brutal truth about the sexual assault. The rapist was found guilty, but never served his sentence.

Bea showed the young woman Gentileschi’s “Judith Slaying Holfoernes,” tapped her finger on the blade of the knife slicing his neck and said, “Who do you suppose she was thinking about when she painted that?” 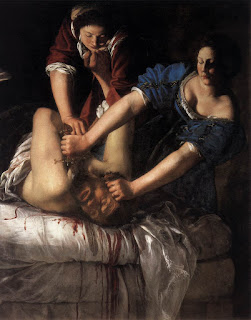 The young woman was entranced. She bought the books about Gentileschi and left. Some months later, she returned to the store and asked for the American Woman. “Oh!” she said when Maria Louisa told her Bea didn’t work there. “I wanted to tell her that I’d done my dissertation on Artemesia Gentilischi.” Maria Louisa assured her that she would let Bea know.

“And there’s more!” Maria Louisa said, concluding her story at Bea’s memorial. “This same woman is one of the curators for the Artemesia Gentileschi exhibit right on at the Palazzo Braschi, in Rome.”

Such a small thing: a chance conversation in a bookstore. But it set the course for that young woman's life.

That's the kind of person Bea was. Wicked smart. So passionate about what she loved (and what she didn't), so engaged with the world around her, so generous of spirit. She made a difference in so many people's lives.

And that is what gives me hope on this dark day: one single person can change a life. Changed lives can change the world.

And if there is a heaven, let it be the Hotel Giotto in Assisi, Bea on the terrace at sunset with a glass of wine, looking out at the rooftops and towers of Assisi, telling stories, changing lives. 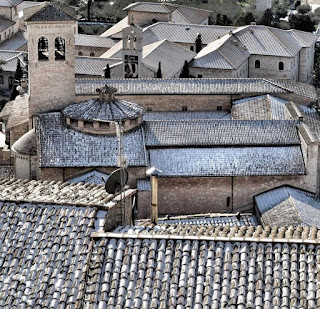 Posted by Barbara Shoup at 1:43 PM

She was also what the Italians call 'spiritosa.' And your beautiful story backs that up. A great teacher, a passionate soul, and she never, ever had tomato sauce on her pasta!

Hi Barb-- Just ran across this. I had been working on a play about my mom, co-writing it with another writer, and we had introduced Artemesia as a character in Bea's mind when she was considering leaving her marriage to my dad. The play is stalled at the moment, but I saw that the National Gallery is having an exhibit of Gentileschi's work, and thought how great it would be to see it, especially with my mom! Well, with the pandemic raging, I won't be going to London anytime soon, but it was lovely to have a reminder of her, my mom, you and Assisi. Hope fully, we can all be there together next summer. What a party it will be!
Best,
Elliot